As disruptions from COVID-19 continue, food security remains a concern for many of the world's poor. Researchers at the International Monetary Fund are sounding the alarm about hunger in Sub-Saharan Africa in particular. In an earlier blog post, we discussed relatively-common, effective ways to improve food security, including cash transfers, vouchers, and direct food transfers.

This post looks at interventions that work differently, intervening in the market systems behind the food supply. The evidence on their effectiveness is exploratory and preliminary, which is why we are working on an evidence gap map to show what evidence exists and where more studies are needed.

A review of the evidence that is available suggests that market support interventions can yield big dividends if the context is right. In one case, the financial benefits for participants were estimated to be 41 times greater than the cost of the program.

Unlike interventions such as cash transfer programs, which are relatively similar regardless of where they are implemented, market support interventions are designed in response to specific crises and contexts. For example, the highly-beneficial program cited above responded to a drought in Ethiopia by bringing livestock traders from one part of the country to a different region in order to facilitate livestock purchases. Another program responded to the Haiti earthquake by giving cash and stoves to small restaurant owners to provide meals for others.

Both of these programs were reported to improve food security of targeted households, and both were designed to respond very specifically to market needs in those emergency contexts.

This evidence comes from a systematic review which includes studies of seven such market-support interventions in response to droughts, floods, earthquakes, and typhoons, with evidence from Ethiopia, Haiti, Pakistan, and the Philippines. In general, systematic reviews provide stronger evidence than studies of individual interventions, where results may not be applicable beyond one specific context.
The review found that the market support interventions did positively influence food security of disaster-affected households and improve the income of targeted market actors.

It also found that program effectiveness requires sufficient coverage of targeted market actors, meaning that all traders of a similar type have the opportunity to participate. Otherwise, tensions may arise between participating and non-participating traders, as was reported in a post-typhoon intervention in the Philippines. Incorrect (late) intervention timing can also prevent programs from being effective.

In addition, the review found that the existing base of evidence on this type of intervention is weak, and many studies are of low quality. Six of the seven studies rely only on qualitative data; only one has a quantitative component. Therefore, the findings reported here should be considered exploratory and preliminary.

To understand how context-specific these interventions are, consider the details of the highly-effective Ethiopia livestock program cited at the beginning of this post. Among the studies in the review, that study received the best quality appraisal by the systematic review's authors.

That intervention, referred to as a commercial destocking program, was implemented in 2005 and 2006 as part of a pastoralist livelihood program. The original program was not intended to respond to a humanitarian crisis. However, as the program was launching, a major drought was beginning to unfold in the region. Therefore, the implementing organizations adapted their approach to address the humanitarian crisis.

The participants were pastoralists in far-south Ethiopia, on the border with Kenya. Normally, they sold their livestock across the border to Kenya, but prices in that market collapsed due to the drought. Therefore, they faced food insecurity.

The program brought livestock-traders based farther north in the country, whose primary business was international exports to Egypt, to buy cattle in the south. These traders would not otherwise have visited the southern region due to cultural differences, language differences, and distance. The program hosted workshops to introduce traders to pastoralists and facilitated price negotiations between pastoralists and traders. It also gave small loans to the traders for purchases.

In all, about 20,000 cattle, many of them emaciated, were purchased as a result of the program, yielding a cash value of over US$1 million for the pastoralists. Otherwise, these pastoralists would have struggled to sell their livestock at all. Program costs, including staff time, were calculated to be slightly less than $25,000, leading to the eye-popping cost-benefit ratio cited at the beginning of this post.

Although it was very effective when and where it was implemented, it is not clear whether this intervention could be reproduced elsewhere. Even in this specific location, it was only possible for a few months. The export market to which the cattle were sold was cut off by an Egyptian ban on cattle imports resulting from an unrelated outbreak of hoof and mouth disease. Beyond that, the intervention only worked because of stark price difference between livestock markets within the same country – a situation which does not exist everywhere.

In all, these findings are exploratory, and these interventions cannot be implemented in all contexts. Nonetheless, under the right circumstances, they seem to be a promising approach to help food security for vulnerable households in crises.

As noted above, we are working on an evidence gap map on this topic to show what specific interventions have been studied and where gaps in the evidence base exist. The new gap map will update our understanding of existing research, which is particularly important because the amount of funding for interventions and evaluations in this area has grown rapidly in recent years. (The review on which this post is based only includes evidence published up through mid-2016.) It will also include studies investigating nutrition outcomes beyond food security.

More information is available in the systematic review on which this post is based. And our searchable Development Evidence Portal has hundreds more systematic reviews and thousands of impact evaluations on a variety of development interventions addressing nutrition, education, health, and more.

Thank you for keeping me up - to- date with your newsletter. it is evident to
your facts .Half of the proportion of people living on less than a dollar per day live in Sub - Saharan Africa, Latin America & Asia.
Eradicating Extreme Poverty and hunger should be unstoppable. Goals to improve all aspects of livelihood and above all Hunger should be our target. 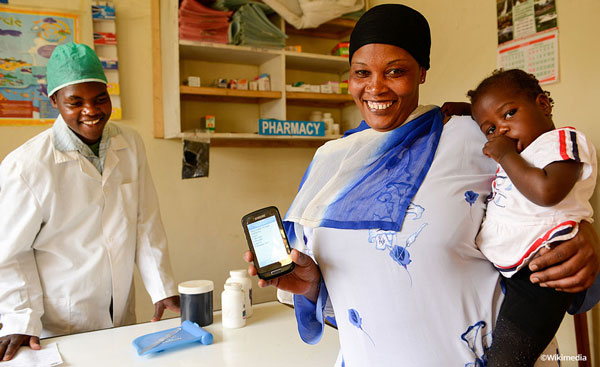 In humanitarian emergencies, cash-based social assistance is cheaper than food distribution, and it works just as well